I had thought that an 8AM start in Toodyay for this years edition of Rod Marston’s Meander wouldn’t entail an overly early start from Perth. I hadn’t however, planned for just 2 hrs sleep followed by a 12:15AM wake up caused by rampant reflux. After a few hours procrastination, I steeled myself in the true Audax way and packed the bike and gear in the car and headed off to Toodyay intending to join a podcast via my smartphone whilst I waited for the others to arrive.

I was surprised to see Ed Pley arrive on his fat tyres with headlight blazing at around 7:30. I surmised that he had camped the night in Toodyay rather than riding through the night and this proved to be correct.

So it was with much trepidation that I headed off with Gary, Ed, Julie and Doug, trying to envisage how I could endure the 200km between Toodyay-Northam-Meckering-York-Tooday. I needn’t have worried as Gary and Ed were in relaxed touring mode, smelling the canola crops and taking in the views with the occasional social and photo stop. After a relaxing stop at the cafe in Meckering we rode towards York with Perry struggling regardless of the gentle pace, counting each kilometre to the next break. At York, a large iced double shot coffee had the desired effect and I departed quickly for the local ablution block.

Suddenly my day improved markedly, now I had energy, my riding mojo had materialised. The last part of the ride although quite hilly, was extremely enjoyable with a lack of wind and the subtle colours of encroaching dusk on the landscape. Our leisurely tour concluded in Toodyay following some steep pitches and fast downhills on Sandplain and Folewood roads in the dark.

It seemed appropriate to keep the good company, so Gary and myself accepted Ed’s invitation to dine at the ‘Toodyay Spice & Grill’. Some very good curries and Naan bread were enjoyed before we bade Ed farewell, he looking forward to a hot shower at the caravan park, us heading off home down a very dark Toodyay Rd. A very successful conclusion to the day after a somewhat problematical start… 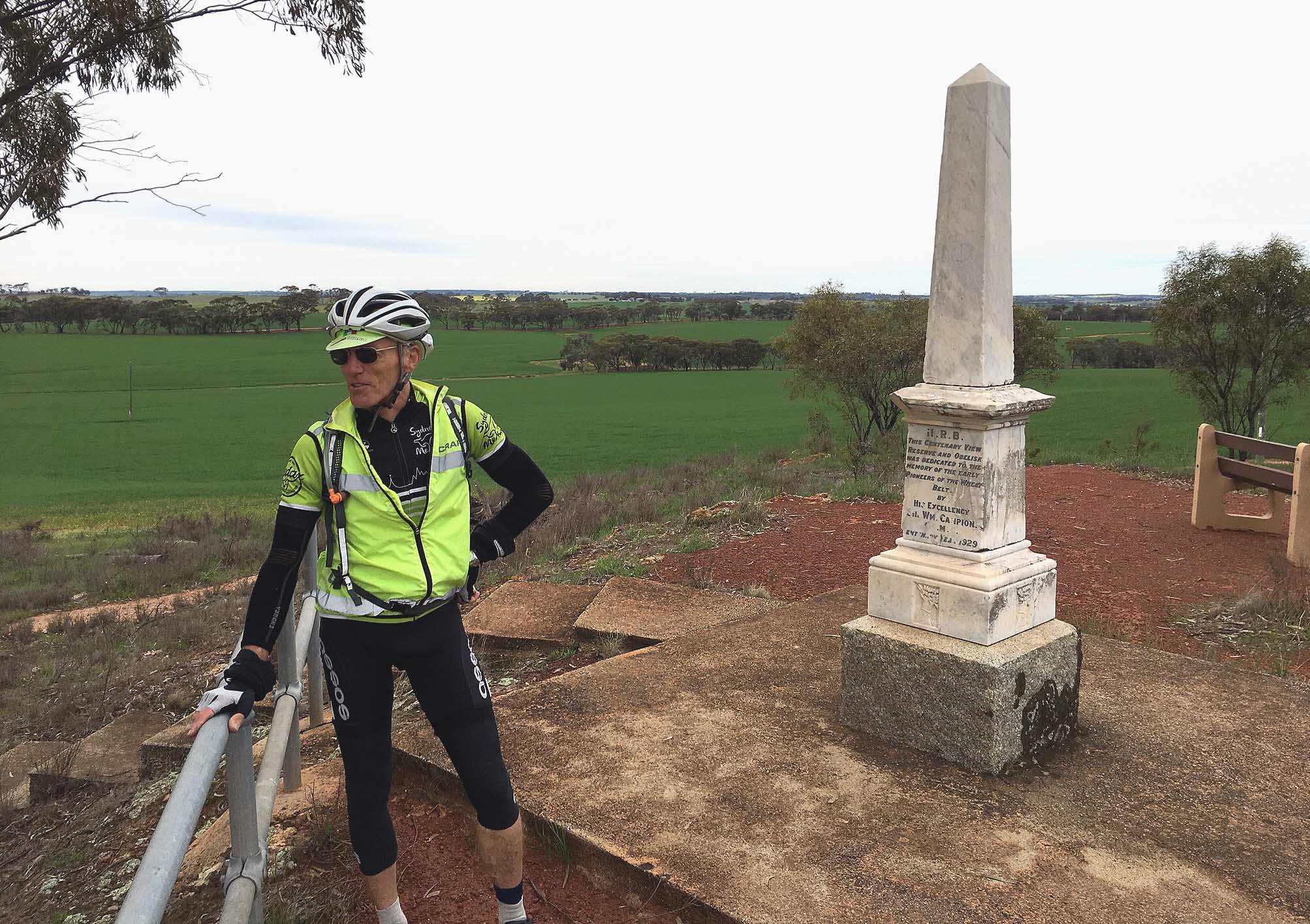 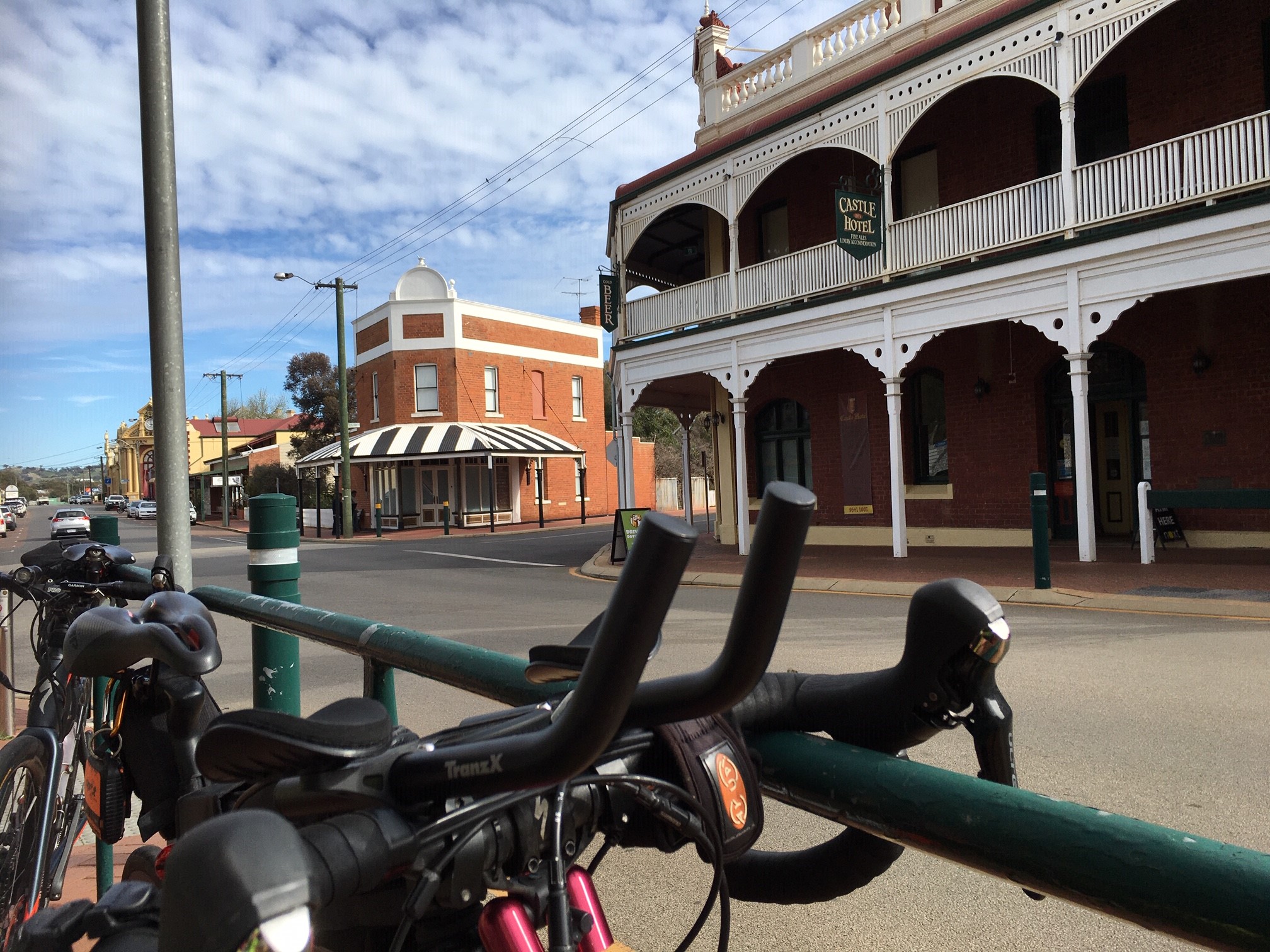 Doug and I completed the 121 km route.  Doug who is preparing for a Munda Biddi E2E was peddling with a bit of extra weight using a bike packing set up.

For the first 49km riders followed the same route from Toodyay through Northam to Jennapullin Rd. The stronger riders kept stopping then leapfrogging ahead of us tail enders.  At the Jennapullin intersection, Gary and Perry were waiting with smiling faces.  Here Doug and I split off heading to Grass Valley, Northam then back to Toodyay. 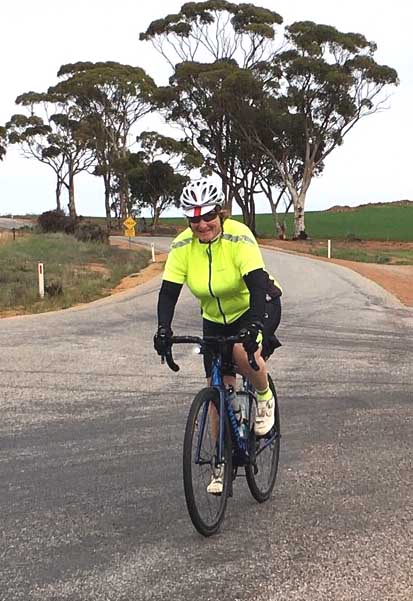 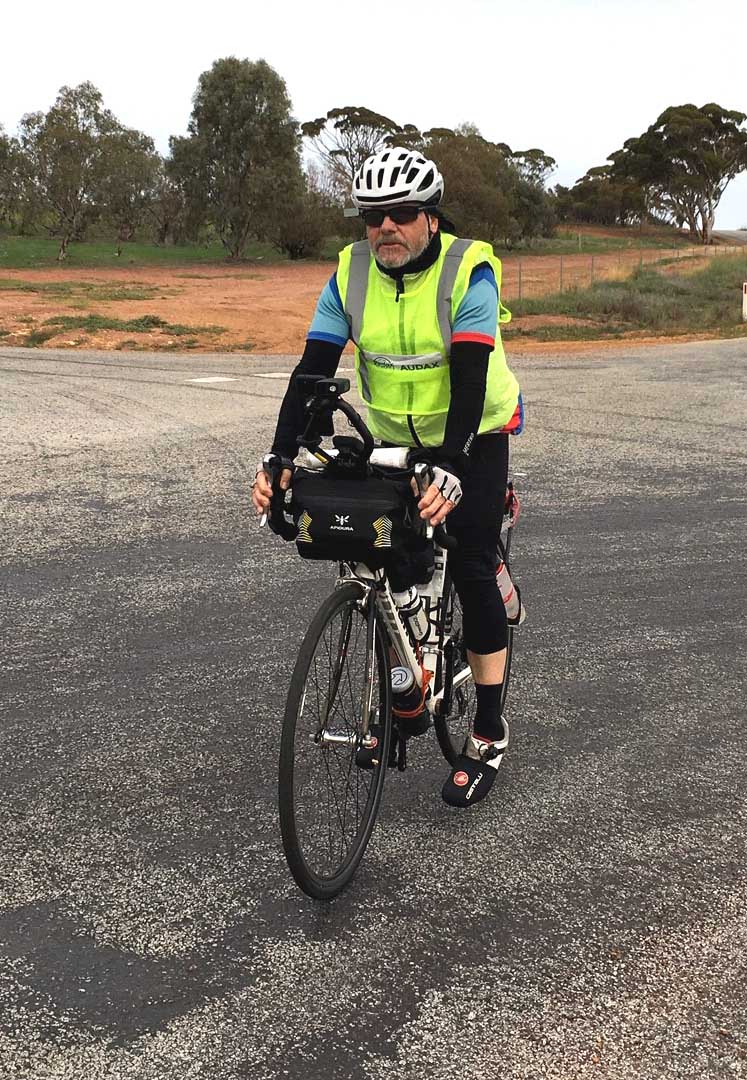 This was a great route with little traffic.  58 km done at Grass Valley town.  A very small and very quiet little town.  Toilets were found behind the community hall, pub was yet to open, no store and Perry said there was a tap in the park but I admittedly didn’t look too hard and didn’t see it.  Doug was carrying a few extra water bottles on his bike so a water supply was handy.

In to Northam where Doug & I made a very quick stop on a pedestrian path to top up with food before heading along Spencers Brook Road to Clackline then onto Clackline – Toodyay Road.  With perfect weather, little traffic and great scenery in my view this was a really nice part of the ride.  Doug’s enthusiasm for the route many not be as strong as he was fighting cramps. The up bits were gentle and the downhill stretches bought a smile to the face.

About 6km from the end was on to Toodyay Road. Quite a bit of traffic and stones were being kicked up by passing cars on the newly resurfaced section so not a great last few kilometres but no alternative as we rode into busy Toodyay town.

Overall another really enjoyable Audax ride. Good ride to keep on the Audax calendar in the cooler/milder months for a 120km route. Last year’s 100km route is a shorter alternative but the scenery isn’t quite as good.  Resupply points Grass Valley town and Northam as there is nothing in between.

Note: Next year the 121km route will become 124km to avoid the last 6km into Toodyay on Toodyay Rd, ensuring that all riders enjoy the hilly 8km of the ‘backdoor’ entry to Toodyay!