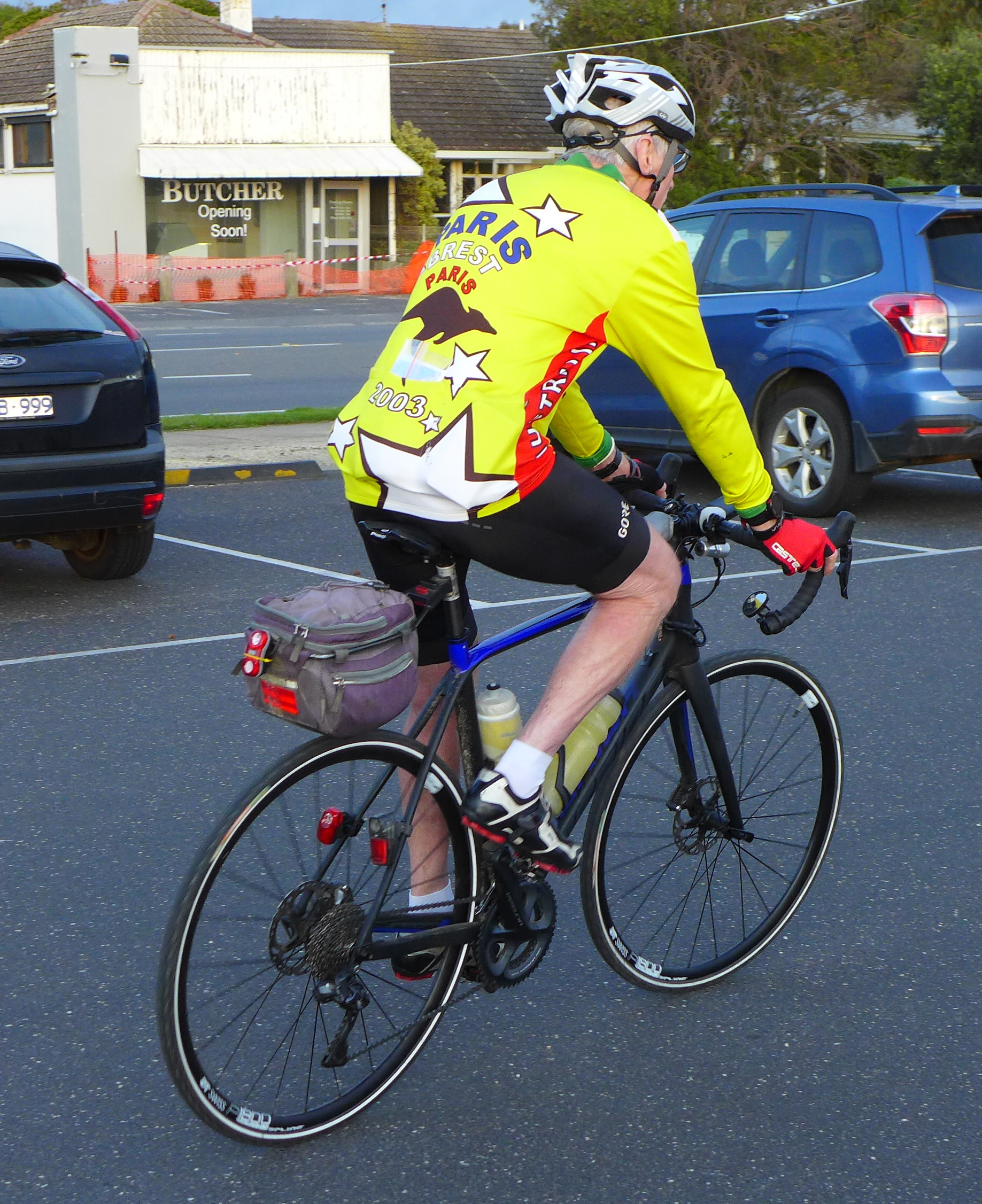 I’ve seen this ride come up on the calendar a few times and wasn’t able to do it.

Peter Donnan was the legendary Great Ocean Road Master where I did my first ever Audax ride although not a member at that time. I was very impressed with the support, organising and camaraderie amongst the riders and support volunteers that I later joined Audax. I learned many things during that ride that humbled me.

This time Charlie Cooke has taken the reins in organising the ride and offering food to the finishers. There was 2 rides on offer with a 200k going to Moriac first and a 150k going along the Great Ocean Road to Apollo Bay and back. Although there was a little farther to go to make up the numbers but only a little way. I took the 150 route.

Weather? Cyclists always like to talk about it but I won’t mention the wind this time (also known as the bloody wind on this ride) or the torrential downpour 25 minutes after the start or the icy blasts off the open ocean in places. Ok? no one needs to talk about that so I won’t. Especially the howling wind.

However, There is a magical feeling about riding, or even driving, along this stretch of road as it winds backwards and forwards up and down. Along it there are little pockets of paradise that is protected from the elements (I’m not mentioning the wind, remember) with amazing scents of eucalyptus trees and then occasionally other forest scents. There are also areas here and there where Koalas are known to do their thing and as hard as I dared look and search the boughs I never saw one. There are remnants of plants from many years ago when settlers tried their luck and the occasional nasty blackberry creeper sneaking onto the road to catch cyclist unawares.

All along the ride following the coast there was a constant rhythm of crashing waves and rolling surf with the occasional misty spray of salt water passing you. It was nice see when possible and more so on a bike where you could be close to the edge of the road to frightfully see down the cliffs.

For the better part of this ride Phil Giddings kept company with me keeping a steady tempo and sharing little parcels of stories at the checkpoints. Grandma Shields is still an amazing bakery with the owner offering a free bottle of water from the fridge. Apollo Bay bakery was good but getting there at lunchtime was a bit hectic.

Riding back was amazing at times because of atmospheric pressure (not talking about it remember) and tapping on the pedals for 35kph was bliss. Some of the stronger 200k riders were seen heading to Apollo Bay and it wasn’t much longer they caught and passed us.

Back into Anglesea and as promised Charlie had the BBQ going with goodies to eat or drink and lots to talk about from the ride. It was great to see familiar faces again and new ones too.

Again, big thanks to Charlie Cooke for organising the ride and also being head chef for the weary legged cyclists (me anyway) 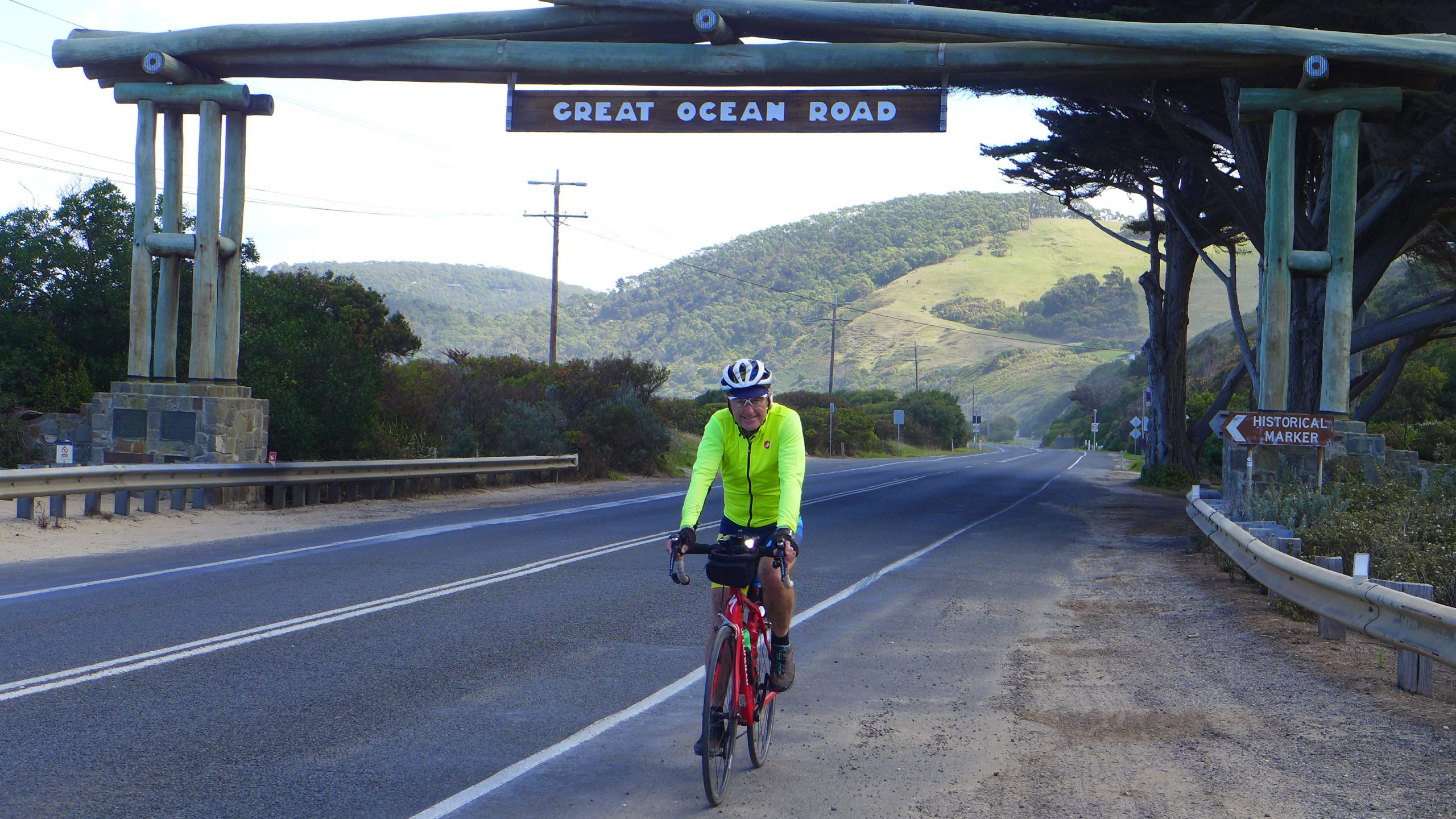