Nine riders assembled to honour the passing of a number of local Audax personalities in recent years. 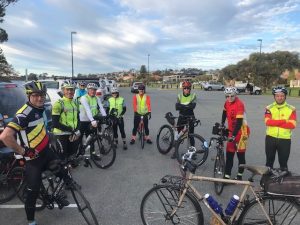 The group consisted of six core and three new members out to test their mettle in trying windy conditions. The wind was generated by an approaching large winter low cell that was forecast to make southwest W.A. a wet place over the following three days. The first half of the ride was spent anticipating the second half into the wind, though some pleasant socialising ensued enroute to Mandurah. 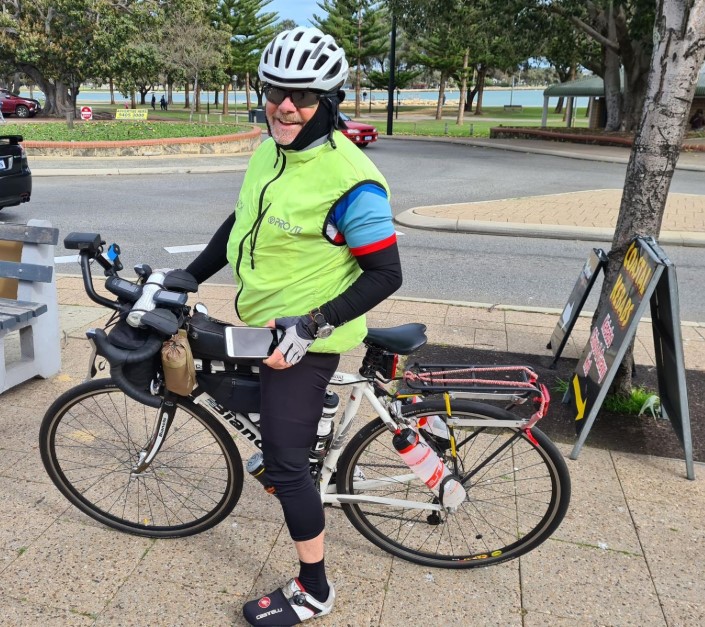 Moving on to The Leprechaun Cafe at Dawesville, Ed endangered his health at the public toilets by using the cubicle that I had just vacated. 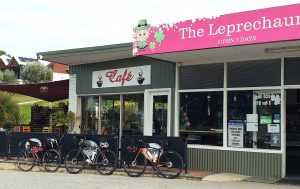 My new 32mm tyres performed well on the next 25km of rough roads to the most southerly point of the route on Old Bunbury Rd. Then began the slog up Old Bunbury Rd to Pinjarra with oft total exposure to the NE headwind. 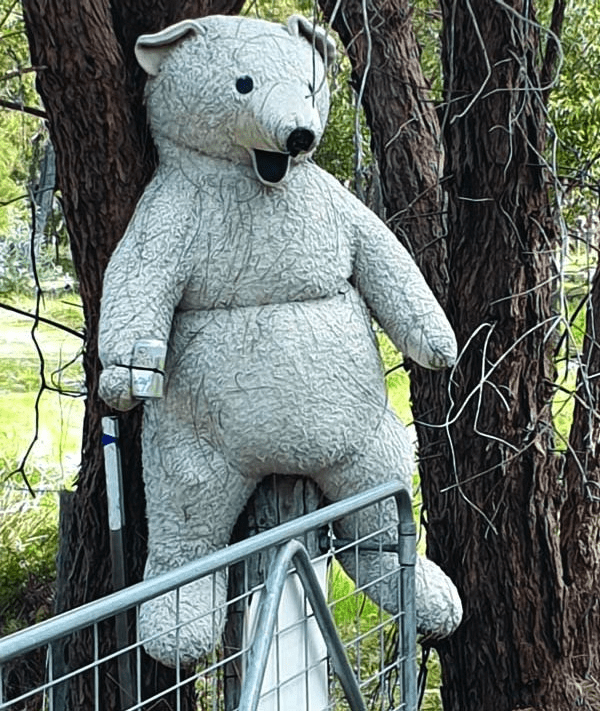 On dismounting at the Dome Cafe my right knee felt unlikely to complete the return journey to Deepwater Point. 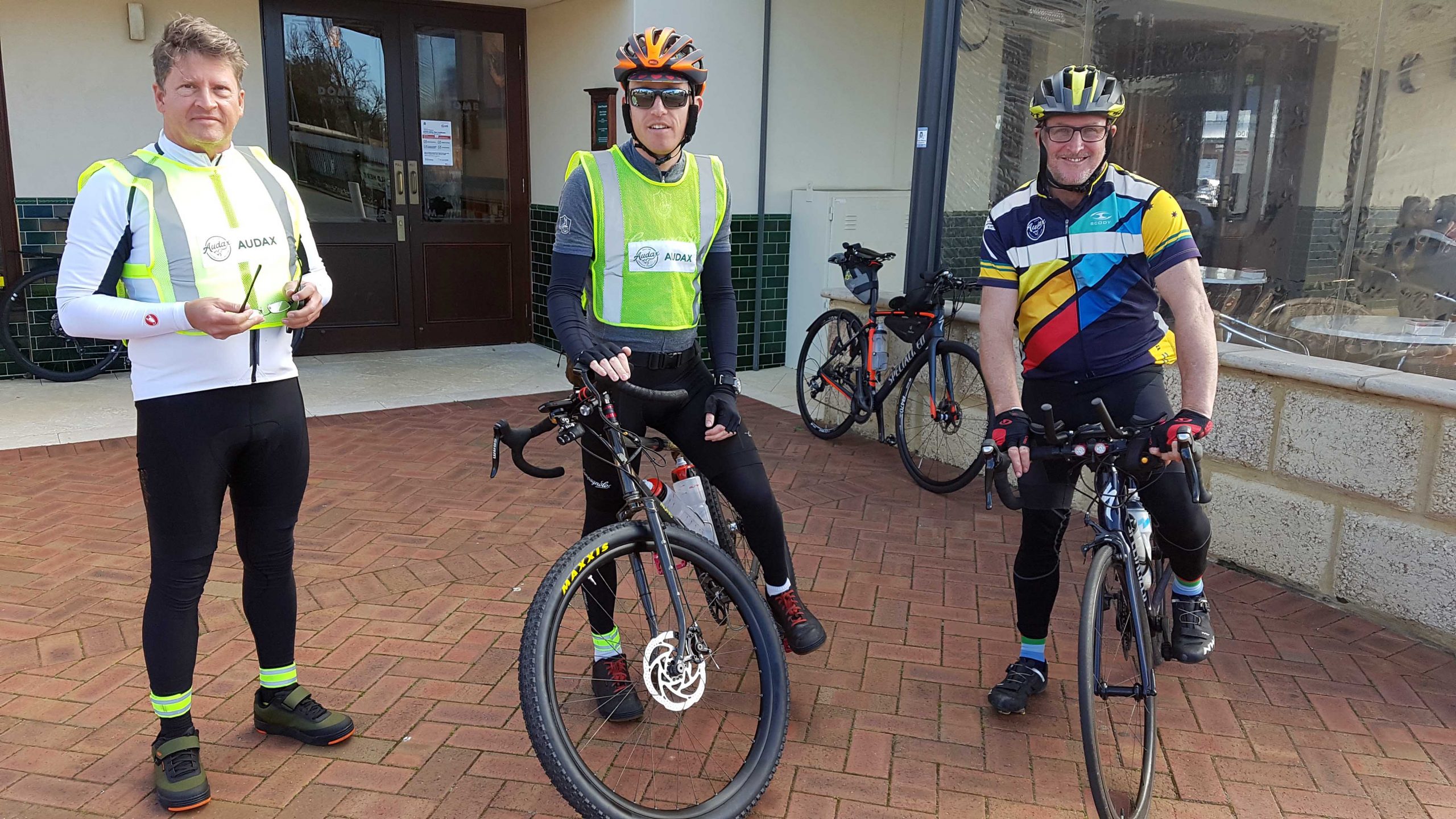 After a good dose of ITB stretching and lower back prodding and a leftover (delish!) piece of Ed’s choccie cake, my mind and body were revitalised and we headed up Paterson Rd into what suddenly seemed a reduced headwind. A large herd of inquisitive cows stopped me to have their photo taken, satisfied they sent me on my way to regroup with Ed, Gary and Murray so we could do a flyby of my Mother in Law’s place at Ravensthorpe. (I was later berated for not stopping in to visit, it was difficult to explain why I didn’t… I have stopped there a few times on permanent rides so I still have some brownie credits!) When we rejoined the northward bound PSP it was apparent that the wind had abated somewhat, though still fairly punishing for an old body at the end of the day. Gary and Ed felt inclined to stop at the Baldivis Servo however I declined given the thought of a nice cup of ginger tea, a hot shower and a nice body stretch! I arrived home for a nice bowl of slow cooked beef and veg. before getting on the NBN to check on the Audax stalwarts. Bruno had completed his first ride at the head of field and obviously enjoyed the tough conditions with talk of setting up bike to suit Audax Riding. Murray was a bit the worse for wear but was lured to the end by the promise of a massage. Ed thought the ride was too easy so rode his fat bike, probably accounting for the stop at Baldivis with Gary who was feeling the onset of later middle age with 2 or 3 niggling injuries. Nick was as stoic as ever on his fixxie whilst Sandy rode alone to the end of the 128k course in very windy conditions with Doug steadily following at a distance to the welcome end at DWP.