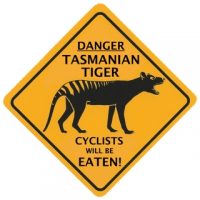 The hill grinding odyssey commences in Hobart with a coastal ride to Freycinet Peninsula before heading inland towards the Central Plateau. Next is a complete circumnavigation of Great Lake then returning to the east coast before looping back west to Launceston. The final 600km distance will take riders to Strahan on the west coast, through Queenstown and a part of the Tasmanian Wilderness World Heritage Area to Derwent Bridge. A gentle descent towards Hobart finishes off the grand tour.

There are a number of things you’ll need to do before the ride:

Riders shall require a qualifying ride between 1st May 2018 to 31st January 2019 of either:

As well as Lighting requirements, you are required to wear reflective clothing – see the Audax reflective garments guidelines for details.

You should make sure that you’re equipped with clothing for a variety of weather conditions – weather can be highly variable and change rapidly. See the Weather page for further details of expected weather in November.

Remember the old adage – “There’s no  such thing as bad weather; only bad clothing.”

In Victoria all cyclists are required by law to wear a helmet.

Lights are required on your bicycle for this event. You will not be allowed to start the event if your lights are not appropriate. See the ride schedule for times when lighting checks are operating.

Lights must comply with the Audax Australia lighting requirements. It is entirely your responsibility to ensure that your bike complies with the requirements.

In general, the requirements are:

However, you are strongly advised to check the detailed requirements in the link above.

A pre-ride dinner will be held at the Anglesea Hotel on 13 November at 4:00pm prior to the 1200km evening start at 6:00pm. See the dinner menu here.

After the ride, there will also be an organised breakfast at the Anglesea Hotel on 18 November at 8:00am. The breakfast menu is here.

Please indicate on the registration form if you would like to join us for the dinner.

Victoria will be in late spring in November, and typically the weather will be fine and warm – it can be a wonderful time of year to ride with great conditions. But it’s important to be aware that the ride includes a wide variety of landscapes from winding coastal roads to the hills of the Grampians, and that the weather can go through several extremes in a short period of time.

Temperatures can reach into the high 30’s (centigrade) during the day on the coast – as high as 100F – or be as low as freezing (0C, 32F) overnight in the Grampians. Melbourne is well known for having 4 seasons in one day, so do make sure that you’re well prepared.

(data from Bureau of Meteorology’s data for Airey’s Inlet)

Daily average maximum temperature is approximately 20C, but can be as low as 12C or as high as 37C. Notably both of these records were set within a fortnight of each other, which indicates how variable the weather really can be.

Daily average minimum temperature is around 11C but has been as low as 4C.

Average rainfall for November is 60mm, with around 11 days with rain.

(data from Bureau of Meteorology’s data for Port Fairy AWS)

Daily average maximum temperature is approximately 20C, but can be as low as 12C or as high as 38C.

Daily average minimum temperature is around 11C but has been as low as 2C.

Average rainfall for November is 45mm, with around 11 days with rain.

As you travel through the Grampians, the weather will be changeable. Daily average maximums are between 21C and 24C, but maximums may be as low as 9C and it has reached 41C in Stawell before in November.

Daily average minimums are around 8-10C, but again it may drop considerably lower and frosts are not unknown with lowest minimums around 0C.

Average rainfall for November is 44mm, Stawell has only 7 days of rain, but Hamilton is higher with an average of 12.

Is there a limit on the number of riders who can enter?

Yes, the event limit (constrained by the sleeping/eating facilities at the overnight controls) is 30.

Will there be a wait list if the rider limit is reached?

What if I have to cancel?

Check the Terms and Conditions when entering for the event.  The schedule for reimbursements will be clearly outlined.

GPX Track 2019 downloads for most GPS (no Cue sheet pop-ups, no WAYPOINTS, just the line on the map)

TCX Course 2019 downloads Garmin GPS only. Only for those that know what they are getting into, suggest you have the GPX Track files as backup