The 2022 Victorian Region Oppy finished at the Wodonga Bowling Club.  A hearty breakfast was enjoyed by all teams and supporters – held over by a couple of years after the Covid cancellation in 2020.  Thanks once again to Simon Dempsey (ably assisted by Sally of course) for organising another great Oppy with yet again matching great weather.  There were 8 Petit Oppy teams with 35 finishers and 6 full Oppy teams with 26 finishers.  Unfortunately one of the Wagga teams (Wobbly Cranks) were a Covid related withdrawal – a sign of the times.

I was reminded at the Oppy breakfast by Lairs and Oppy stalwart Steve Xerri just what a great event the Oppy is, being the only team event on the Audax calendar.  So next year it’s back to a Rochester finish, the birthplace of our founding patron Sir Hubert Opperman (Oppy).  So get on board and get your teams organised for the 2023 Oppy in March next year.

To celebrate Oppy’s involvement with this event, we had the reading of the 1995 Letter from Oppy (below) by another Lairs and Oppy stalwart Andy Moore.  It captures the very essence of Audax riding.  Thanks Andy.

Some awards not presented at the Vic Region AGM were handed out.  Heartiest congratulation to:

Then down to the main event, team prizes of a bottle of red wine handed out at the whim of the MC (no correspondence will be entered into).  Note that the labels had fallen off the wine, so we weren’t sure if it was Grange Hermitage or Hill of Grace – no doubt the wine connoisseurs in the teams will be able to tell us.

Best Team Name, a dead heat between the clever play on words Moore or Lairs an Oppy and our Audax Australia President’s team Thomas and the Tank Engines (who says these awards are rigged?).

Most reused team name, had to go to the Veterans (since 2012).  After 25 years of full Oppys, the Veterans have migrated to the Petit Oppy and report a very favourable experience – way to go!

Encouragement Award, Sharanne Raidal from the Wwoppys full Oppy team, who had only done one other short Audax ride before.  Also a special mention to Parris O’Neill from the Moore or Lairs an Oppy team who had no other Audax riding experience.

Until next year at Rochester, 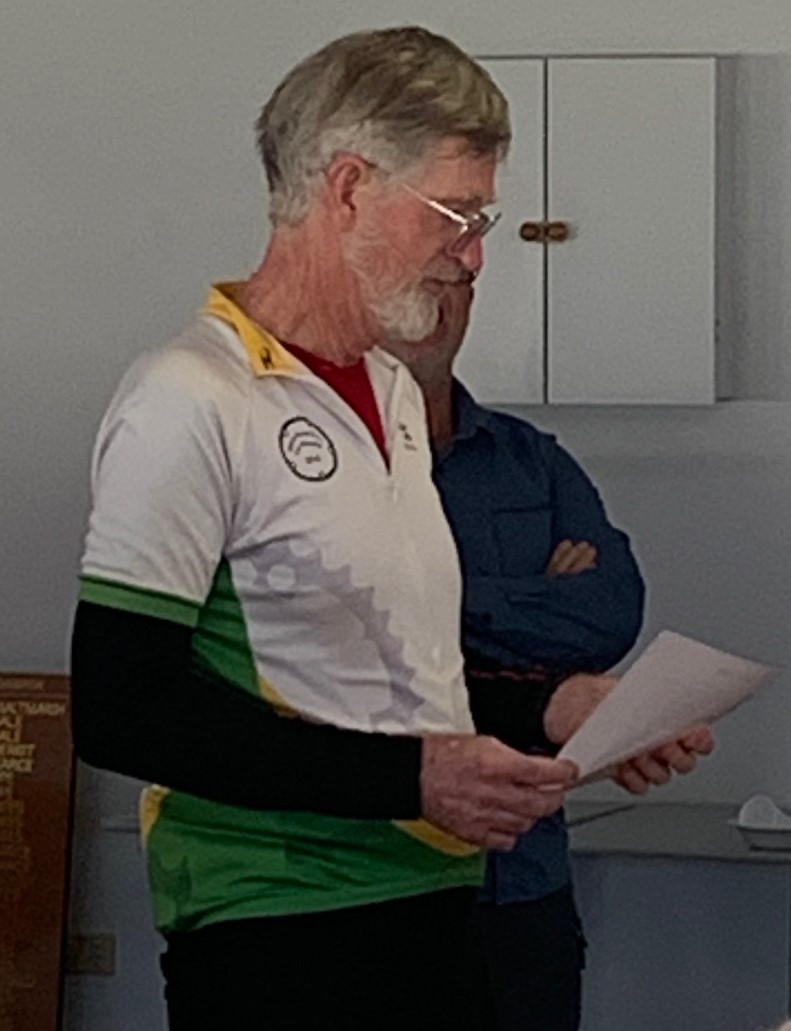 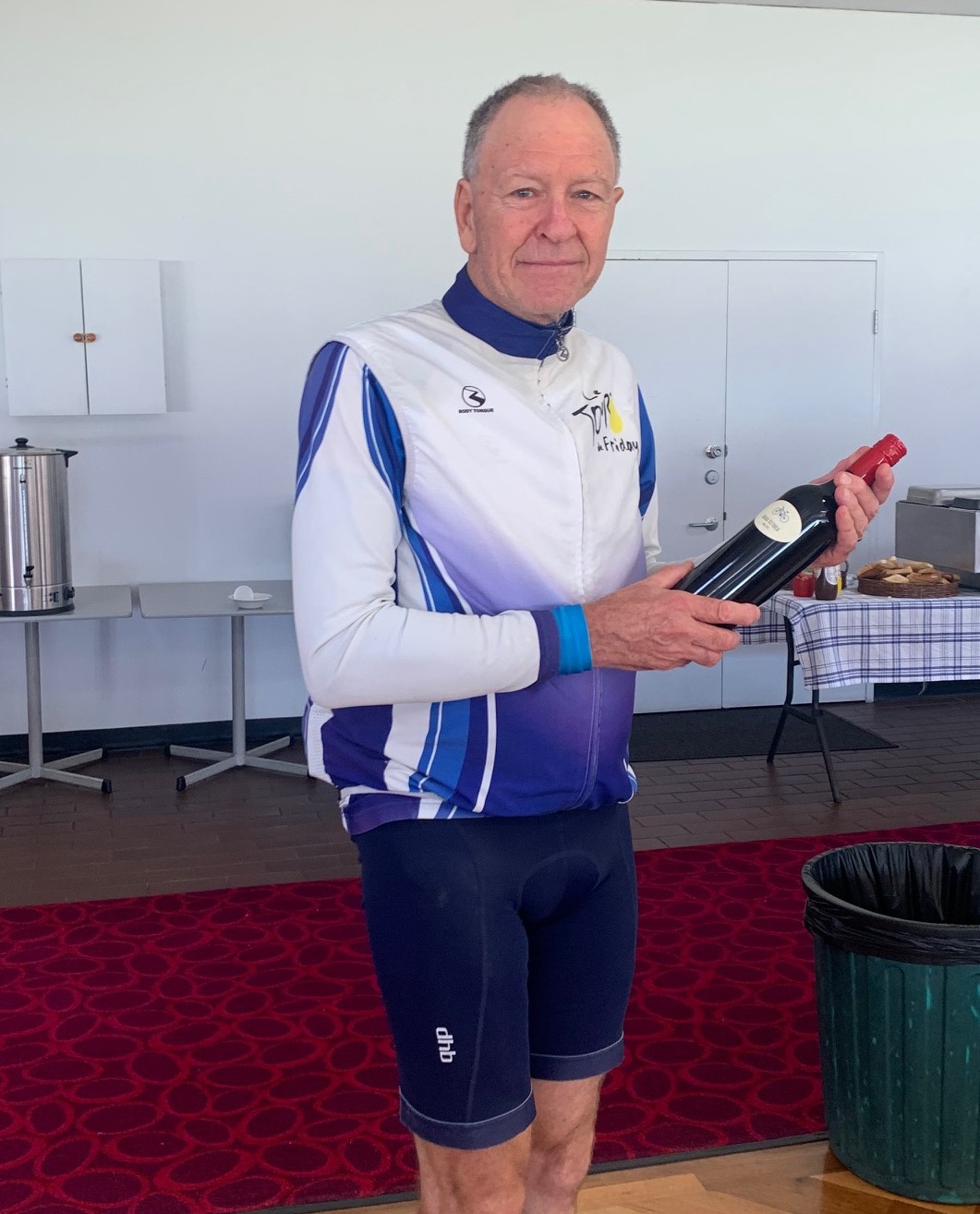 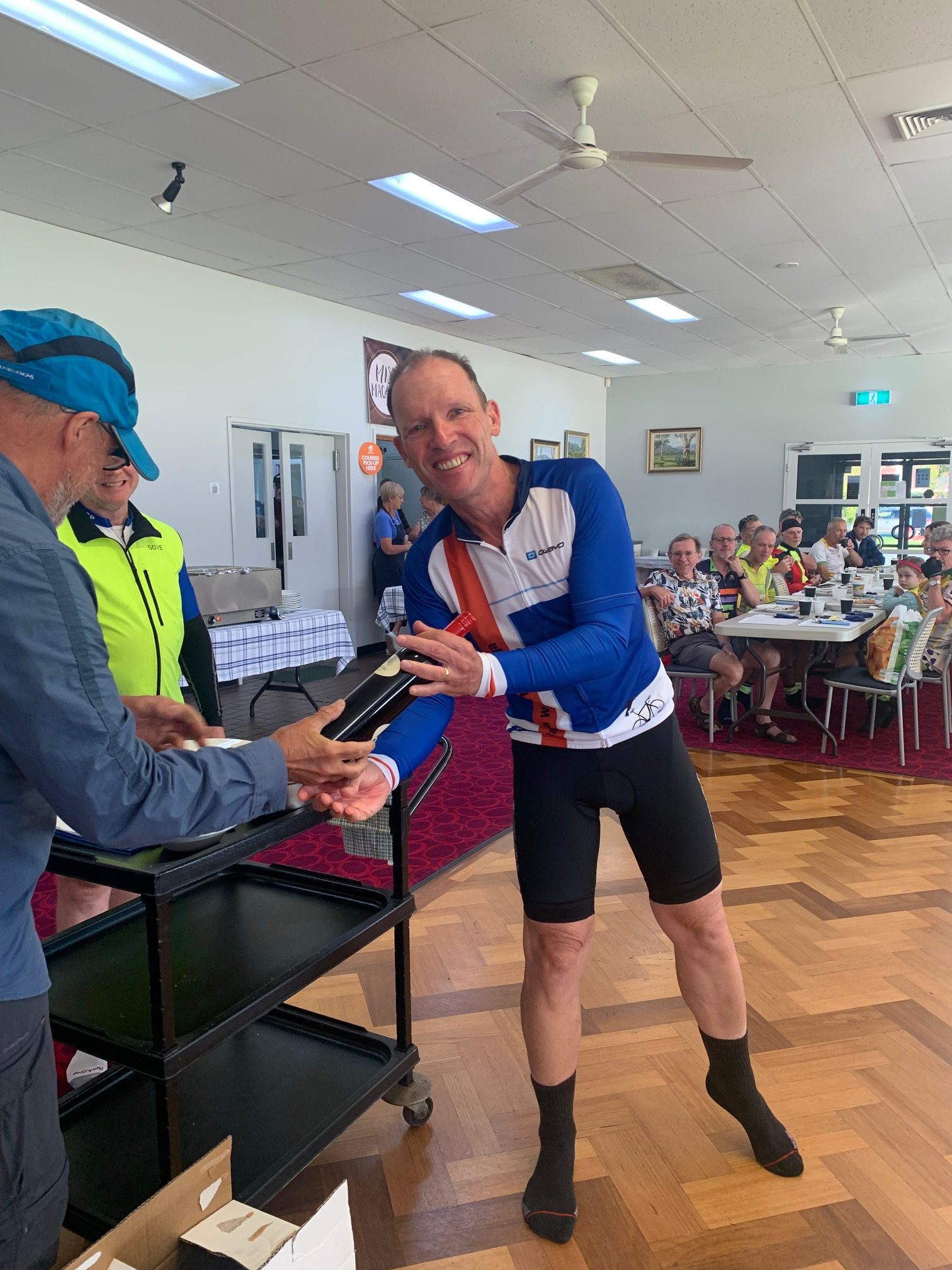 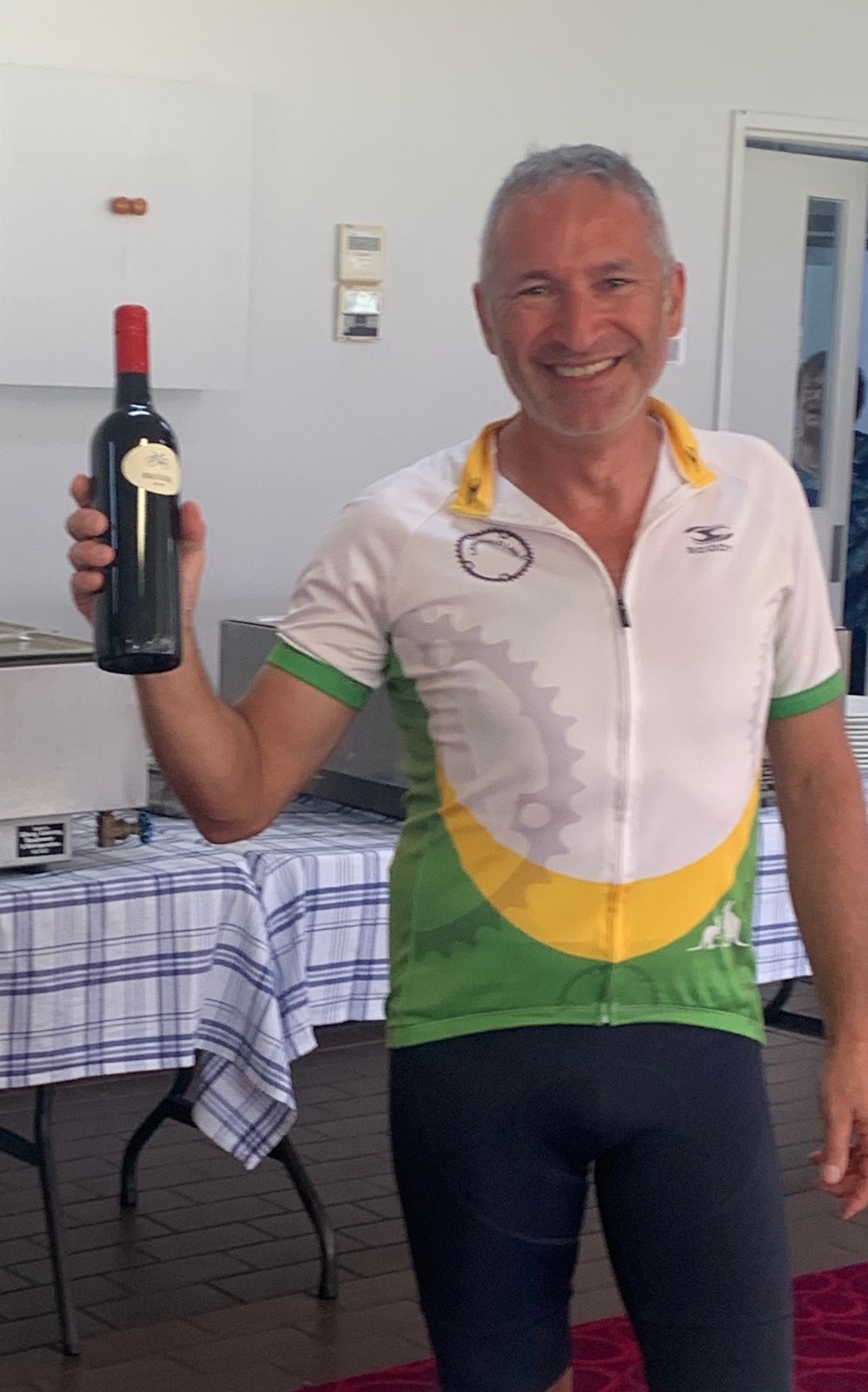 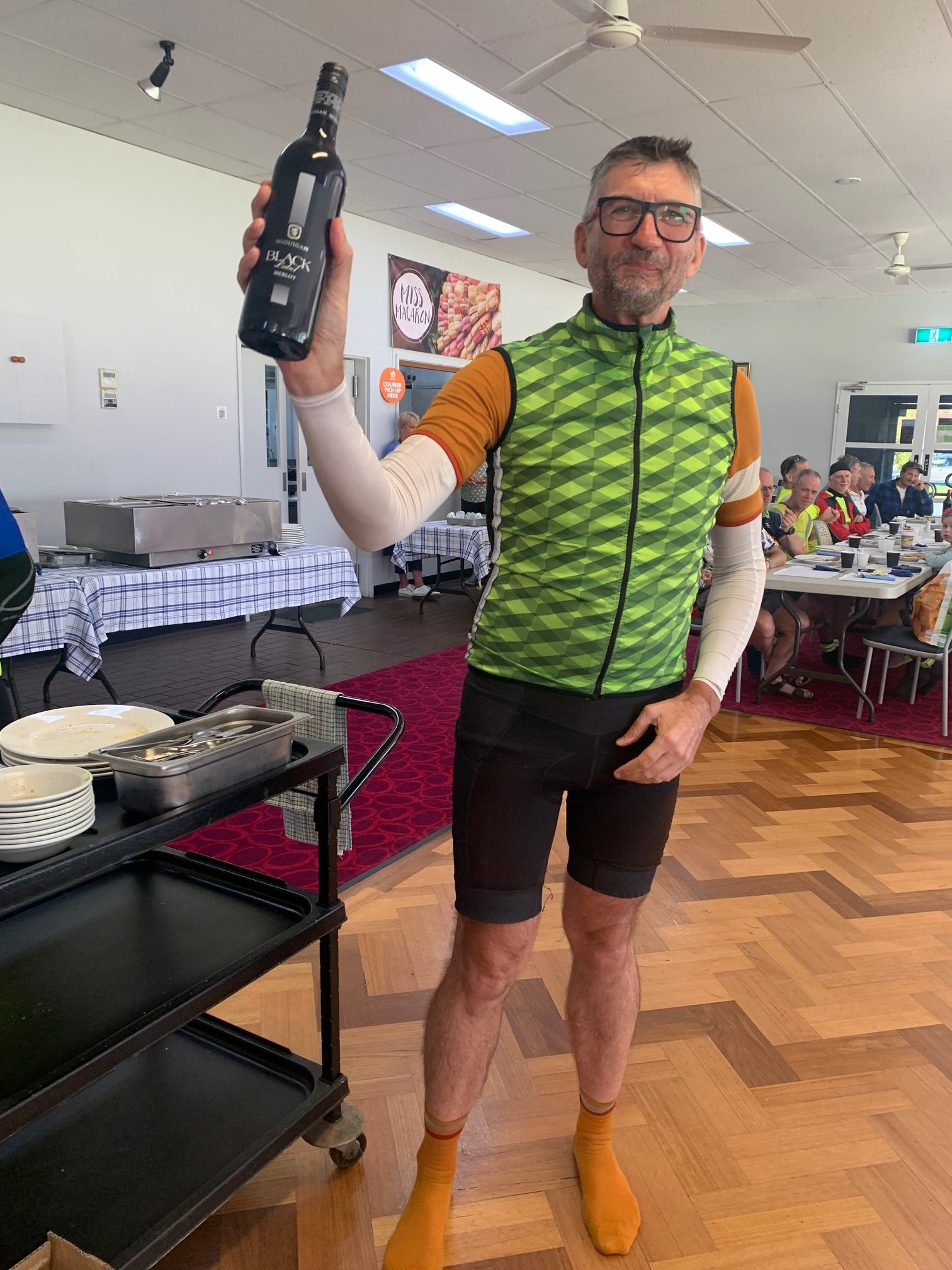 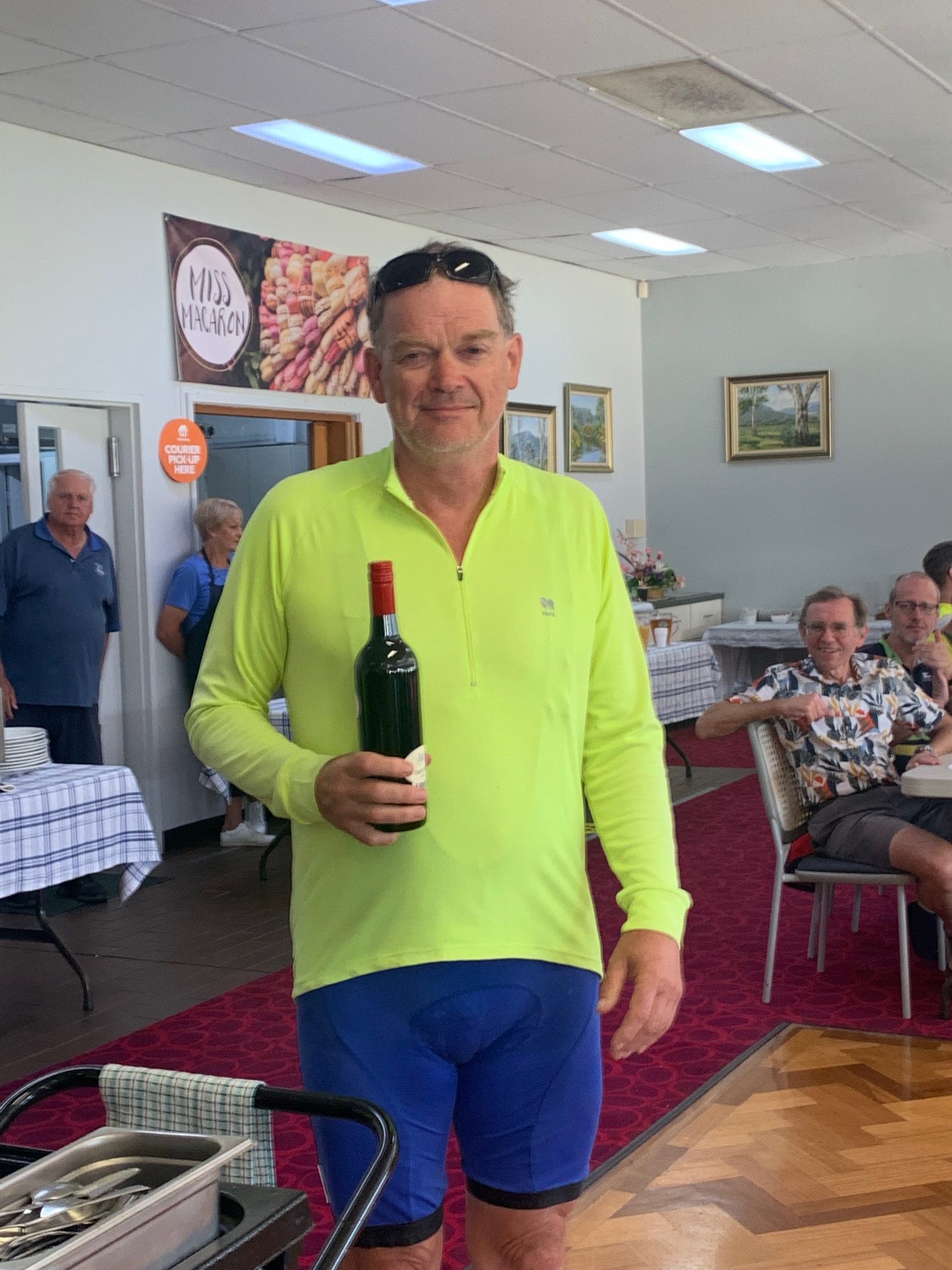 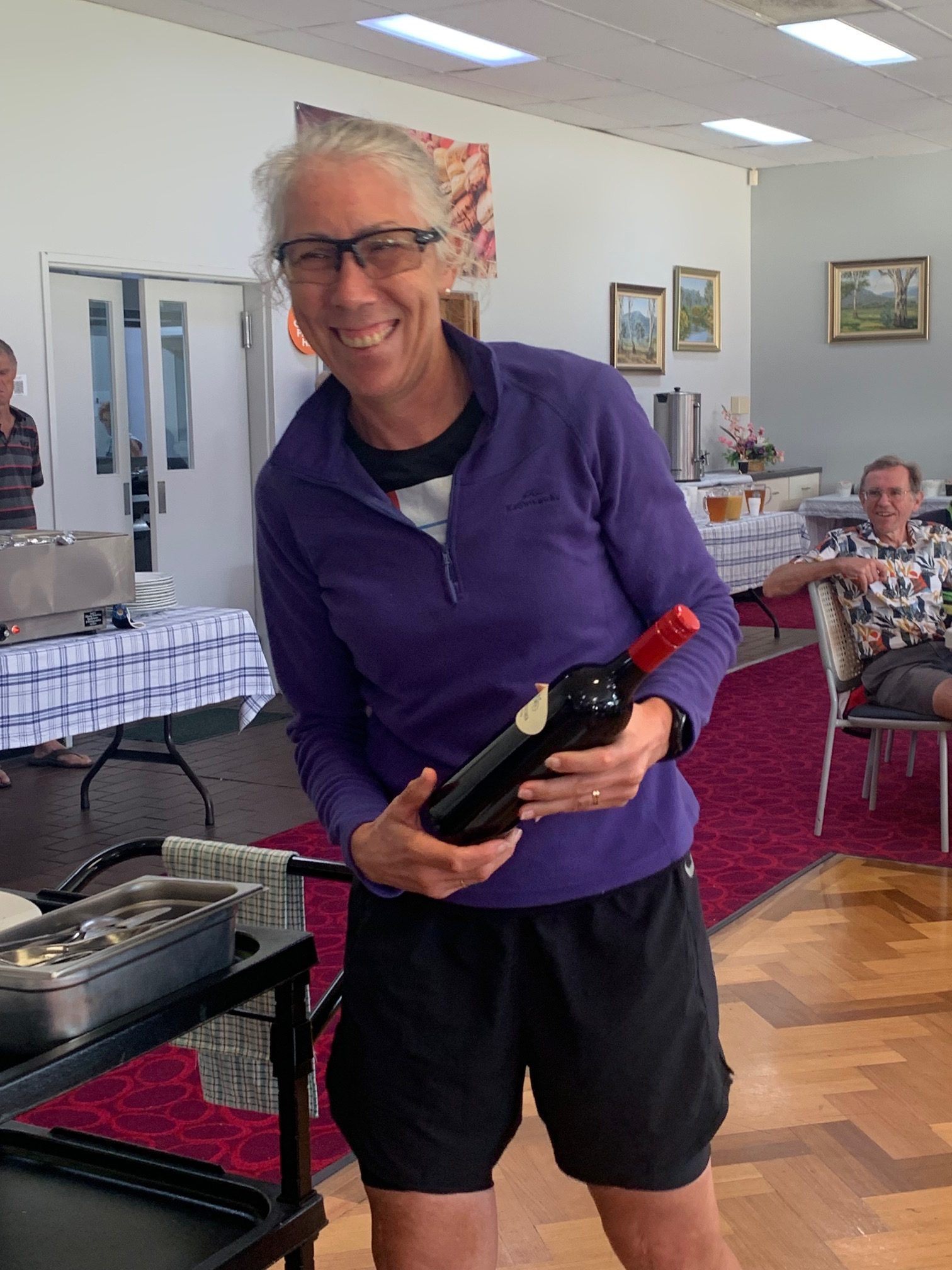