The 3 Amigos Opperman All Day Trial

It was Wednesday evening 16th March and the only proposed W.A. Oppy team no longer had a minimum compliment of three with Gary Peakall having to withdraw.  Though I thought it unlikely that anyone would agree to a 24 hour ride at such late notice, on a whim I called Pippa Engledow and couldn’t believe my good fortune when Pippa informed me that she had been trying to get a team together without success.

So it was that our aspirations were revived and our trio assembled outside the Kelmscott Dome just before 8AM on Oppy Day 2022. The route was a relatively hilly one with the first 360km averaging  about 1% gradient. I had specifically designed the ride to avoid the need for a sleep stop as I find this destructive of body and mind. This philosophy was possibly shared by Pippa although I think the jury may still be out in Ed’s case. Having decided to ride his single speed bike Ed certainly had his work cut out on the first big climb up Canning Mills Road and was already accumulating extra distance with a zigzag or three. Onto Brookton Highway at 10km, a quick stop at Karragullen for water before the 98km stage to Beverley, we were soon pushing into the fresh South Easterly that dominates proceedings at this time of the year. Westdale Road offered some relief with alternating cross head/tail winds. The force of the tail wind became very evident on the short 3km into Beverley, however Vincent Street was undergoing major works with little direct access to the centre of town so Ed and I bumbled our way across the railway line on a bit of footpath that was still navigable.  Meanwhile Pippa had stopped to take photos on Westdale Rd and decided to bypass the Beverley control and head for York. 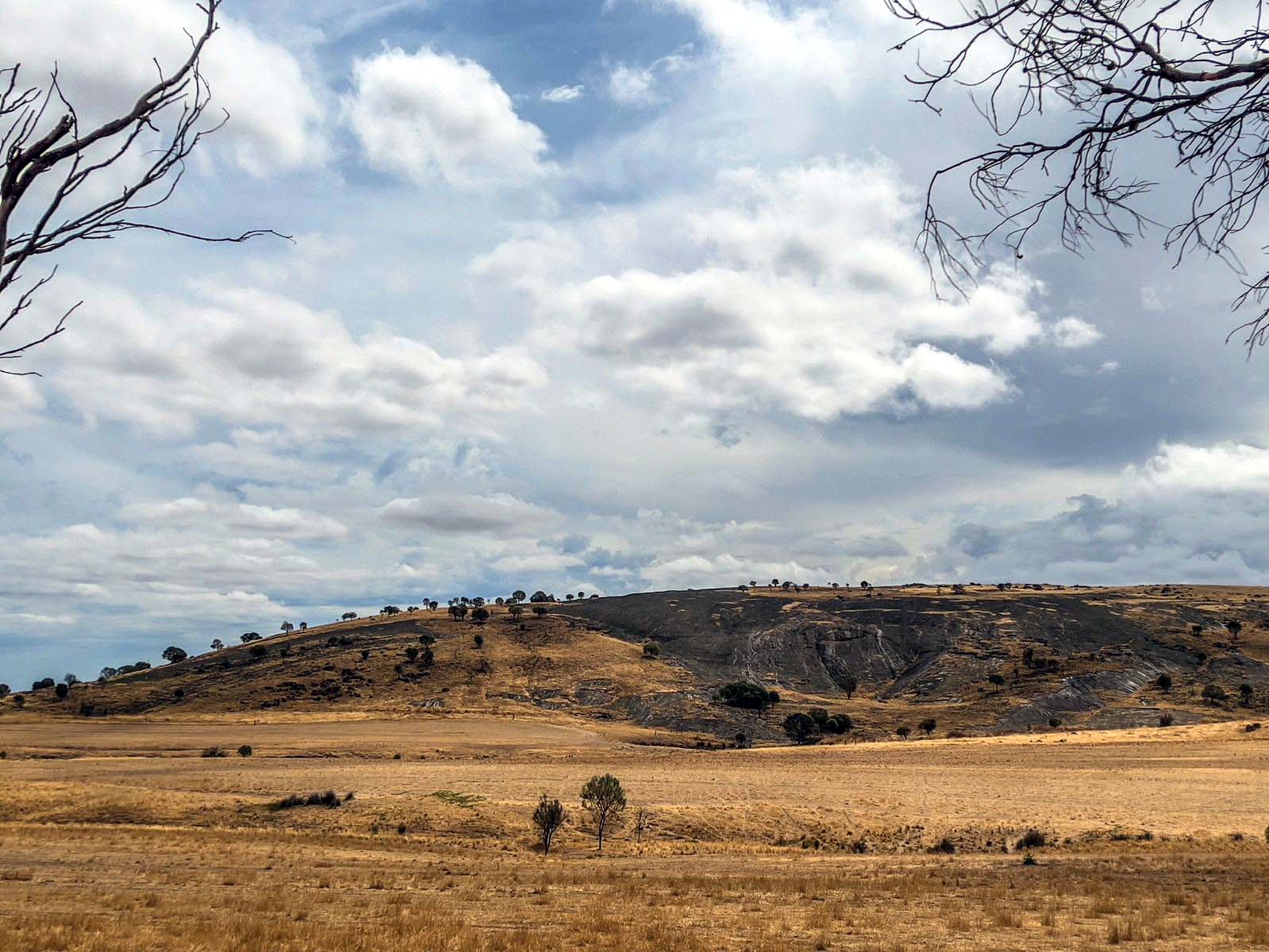 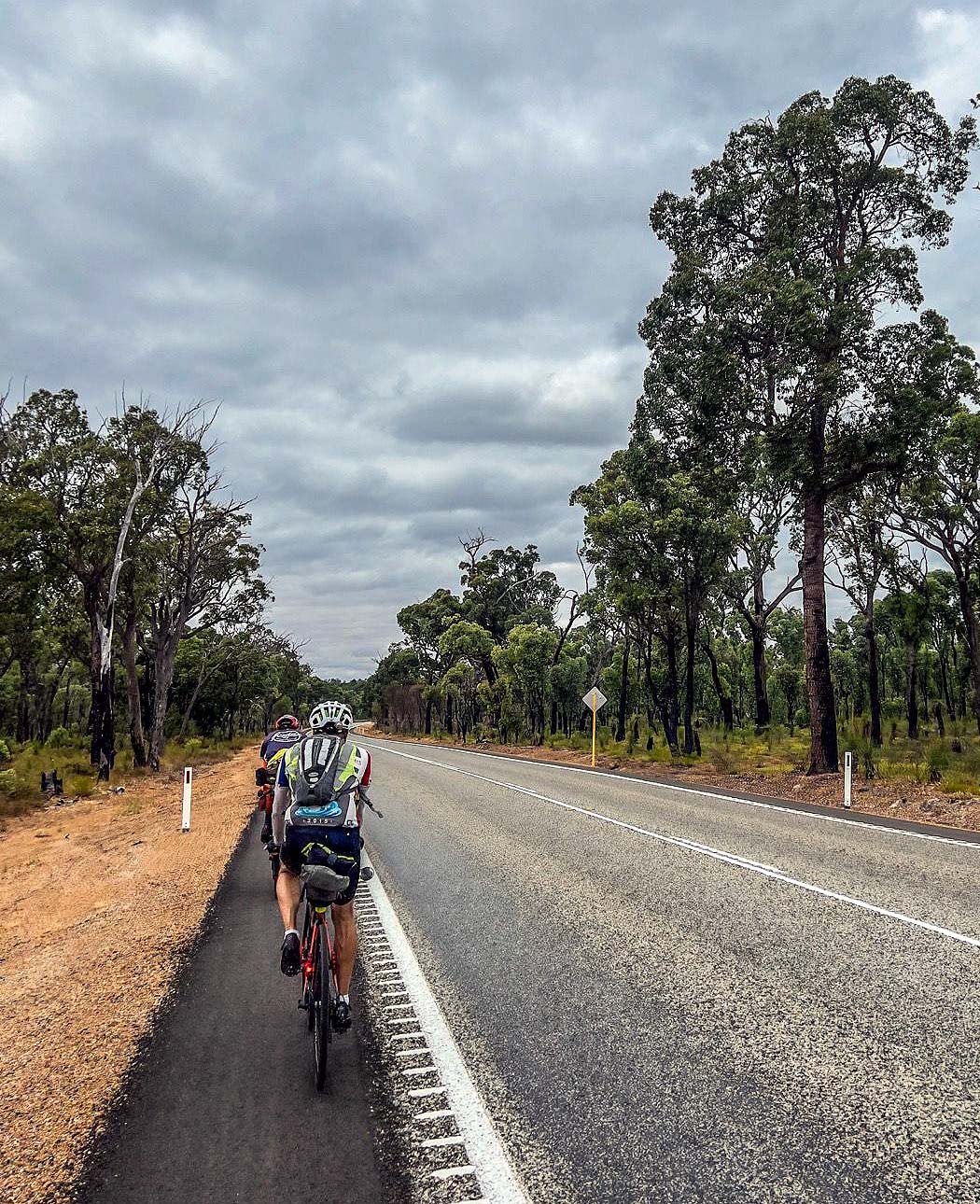 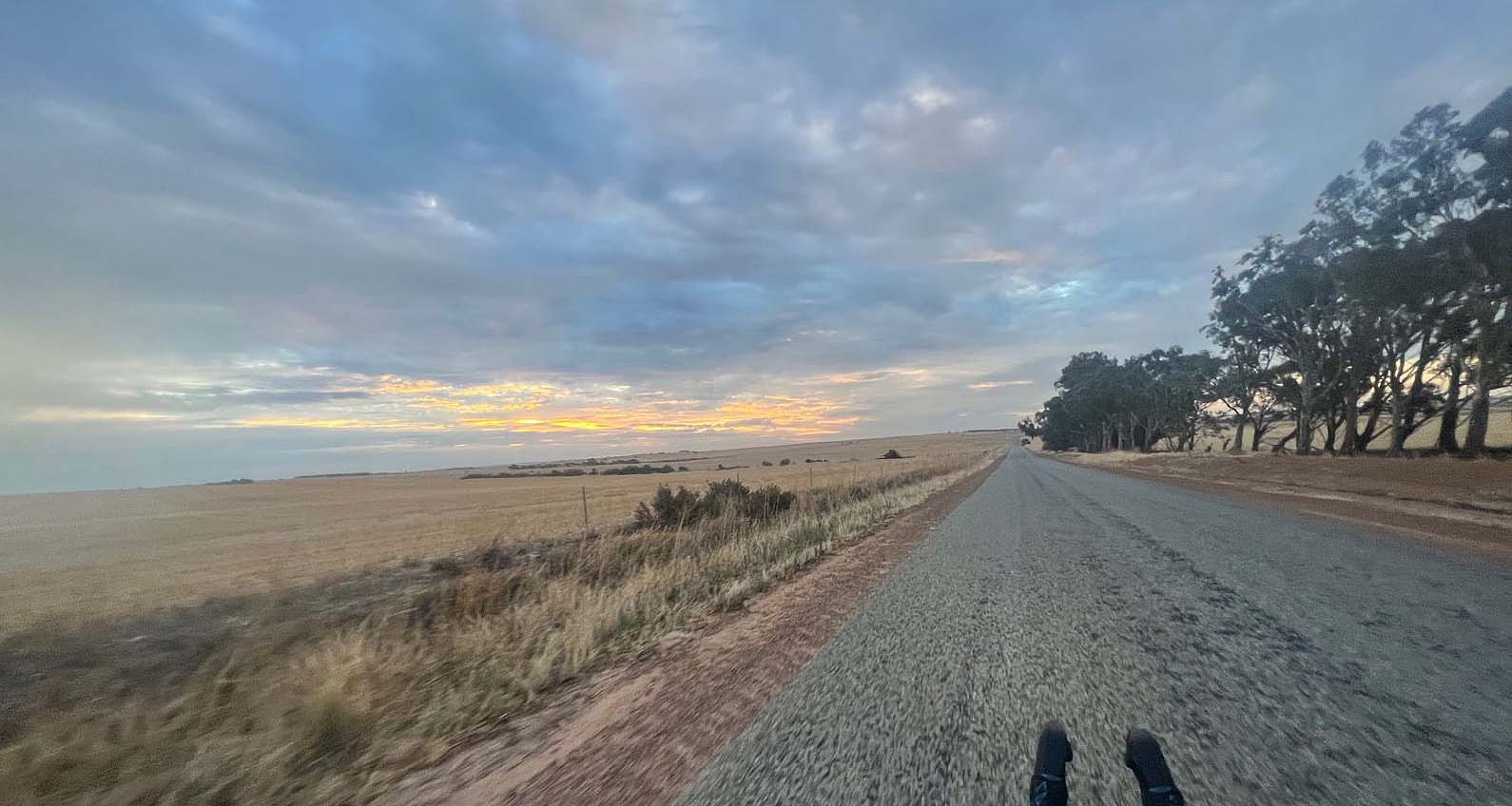 Whilst eating a large microwaved spud with garlic rosemary olive oil (you should try one!) I received a call from Helen informing me of a break-in via my car’s rear window. The stolen spare wheel and compact battery charger were thankfully recovered afterwards.

The trip to York was predictably cruisy with the prevailing tail wind. I pondered where Pippa could be and briefly stopped to unsuccessfully answer a Spam call then leave a message for Pippa. When we arrived in York at 3PM I had a text message which indicated that Pippa was probably around 1 hour ahead. Ed and myself pushed into buffeting cross/head winds during much of the 32km on Quellington Road to Meckering. On arriving at the Shell Roadhouse we were greeted by Pippa and dined alfresco as a team.

The ride to Goomalling was pleasurable with the lack of vegetation offering free passage to a fresh direct tail wind that guided us effortlessly over a 5km section of hard pack dirt road being prepared for asphalting. We then transited a new sealed surface at which point I observed that I was doing 53kmh on an almost flat road without pedalling, a new milestone in my years on a bicycle! We arrived at Goomalling a bit after dusk for more alfresco dining outside the pub on Railway Terrace.

Wind wise more of the same on Caligiri Goomalling Road had us quickly at the East Bolgart Rd which still had the 8.5km of dirt road shown on dated Google Maps. This was a tad more tricky for my 25mm front tyre as the uphill sections had soft sand caused by the increased traction of vehicles, I was briefly jealous of Ed’s slightly knobbly wide tyres. Nonetheless we all made it safely for a 9:55PM rendezvous at the Bolgart hall for water and energy top ups.

Turning south then south south east on the Bindi Bindi Toodyay Rd for the next 15km to Bejording I smugly observed that my estimate of a reduced wind speed at around this time of evening was on the money. Pippa had indicated that she would struggle a bit on the inclines of Dewars Pool Road but it was clear that this was just part of her phsychological preparation for what was to come as the midnight hour approached. The order on Dewars Pool Rd was Pippa, Ed followed at a distance by El Capitan. The riding experience was delightful with the tail wind helping us up the gradients first through farmland then through the wonderful northern scarp Wandoo reserve. Some very bright flashes of lightening could be seen to the north/northwest and I was slightly relieved that it slowly became obvious that the storms were bypassing us by moving to the east. A few droplets were felt and my tyres made the odd sound that is sometimes characteristic of a damp bitumen surface.

On Great N Highway it was a pleasure to ride in the centre of the lane down the Bindoon hill with wind in the ears and hands on the drops and no road trains to disturb the serenity. Another garlic potato in Bindoon kept Ed and Pippa awake with pleas for me to move down wind. We left town at about 2:15AM for another enjoyable ride down Chittering then Blue Plains roads to a very quiet continuation of Great N Highway. Into Muchea BP roadhouse at 3:20AM for more refreshments and a brief sit in the cool gusty wind before leaving at 4AM to time our run for the finish in Fremantle 74km away. The headwinds heading south weren’t nearly as bad as they can be on the very exposed Tonkin Principal Shared Path. Ed’s GPS told him to turn L through a fence, his foggy mind not seeming to grasp the reality that ‘navigating’ on this path was somewhat unnecessary.

One last hill on Coode St in Bayswater elicited a groan from Ed before we arrived at my Maylands home just after 6AM, spot on target given the remaining 27km to Fremantle. My cat Ruby checked on Ed in the rear toilet and decided that he didn’t want to play which was an accurate assessment as Ed proceeded to flop onto the outdoor furniture for a couple of minutes shut eye. Pippa managed the situation by subtley inquiring how long we were stopping for as sleep was beckoning her home to Freo.

Avoiding the road works on Roe St we transited down the mostly deserted Aberdeen Street in Northbridge then Fitzgerald Street which led us to the Perth-Fremantle PSP. A woman waving free bike service vouchers at us near the Victoria Street rail crossing received scant response from us at the 438km mark. Observing the group of Sunday morning roadies opposite gathered around a service mechanic invoked a Walter Mitty moment characteristic of the closing stages of an Opperman 24 hour ride. In a previous edition a number of us had sprinted down Port Beach Road to ‘win the points’ from a group of Sunday morning cafe pros.

As the Carriage Cafe was closed, Pippa with her local knowledge led us a bit further south for coffee at 7:35AM. The thought of riding another 25 minutes was now firmly off the agenda and anyway I intended to ride about 40km home via Applecross so coffee and my last piece of fruit cake were my priorities. Ed calculated how much further he had to ride to the Freo train station and Pippa how many metres to her bed. The 3 Amigos celebrated with coffee, fruit cake and a croissant and bade their farewells for a well earned rest. All in all an atmospheric ride with great company, thankyou Pippa and Ed!