Welcome to February 21st edition of the  Queensland Region newsletter. This is a bit of a bumper edition due to the National and Regional AGMs being held in the last couple of weeks. We have a new club constitution and we saw some very good rides in the last fortnight. 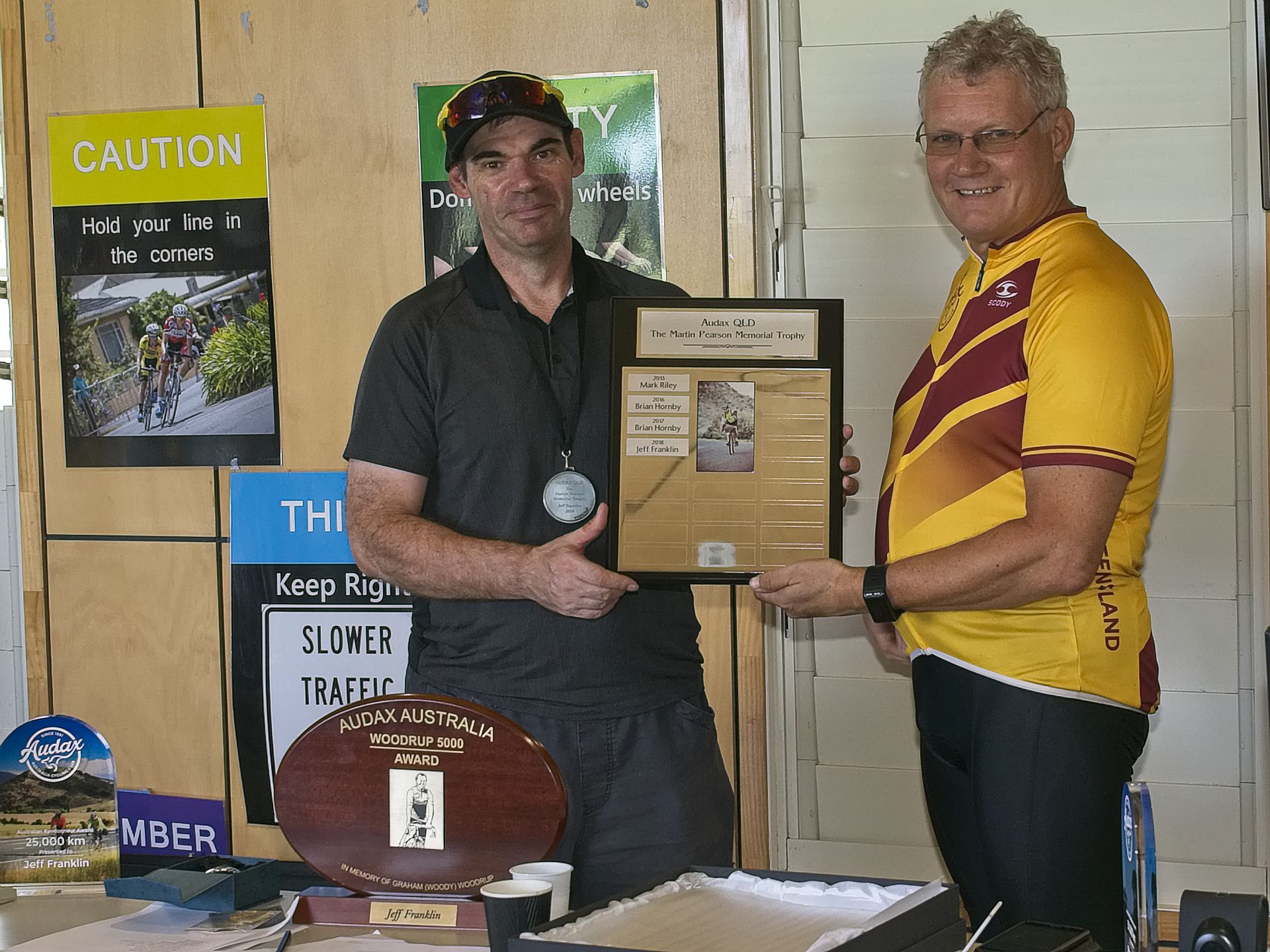 If you look closely, Jeff also received a 25,000km lifetime distance award plus a Woodrup 5000 award – an awesome achievement since Jeff has only been riding Audax for a little over a season.

The National and Queensland Region AGMs were held in the last fortnight with a few significant items resulting from each.

Garry Wall thanked volunteers that had completed key activities for the club:

The amount of effort for some of these achievements has been quite significant. Many thanks to them.

Results of the election of National Office-bearers

The Queensland Region AGM started with a very nice ride where the peleton quickly disintegrated. The re-assembly at the Crit track clubhouse was as usual catered very well by Anne who looked after the hungry cohort as efficiently as ever.

The Queensland Region AGM heard reports from our Region President, Treasurer, Communications Officer and Newsletter Editor. All reports put us in good stead. All the details will appear in the next newsletter.

An important part of the local AGM is the election of office-bearers. Important changes are :

More details will be included in the next Newsletter

There were a number of awards presented at the Queensland Region AGM in Brisbane.

Full award details extracted from the National President’s report are here and of course we can’t have awards being presented without Keith Heinrich taking photos of the presentations which are found here.

Overall, Queensland has some pretty amazing achievements by riders – 5 of the top 10 over-achievers, Tara being the third female rider to achieve more than 10,000km in a season, multiple Australian and ACP Super Randonneurs but please read the extract from the presidents report mentioned above.

Since the last newsletter, three rides have occurred.

We had 19 riders turnout for this ride but the carpark looked like a Far North Queensland ride due to another event being on at the Crit track at the same time. 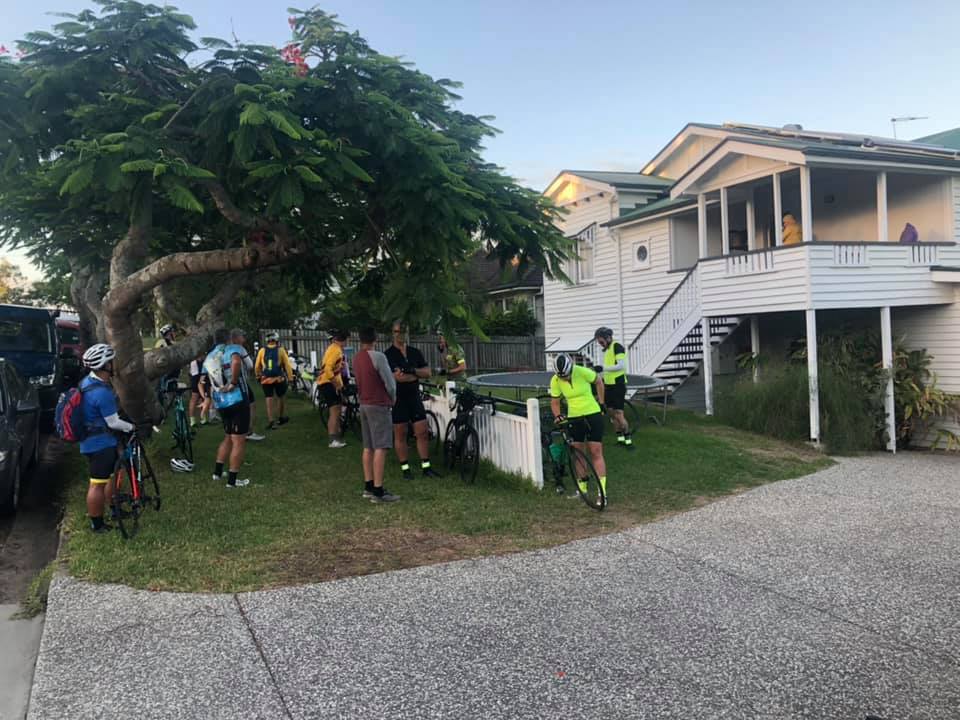 This ride ran with all 5 distances being selected, a shiny new 600km route and in a first that Ant can recall all riders starting and finishing. Weather was pretty good, we had riders new to Audax (Michael Diaz). Ruth Brown and Frederik Vekeman completed their first 300km rides. Frederik completed his 300km ride 7 minutes after I completed my 200km and I am in no way embarrassed about that – Frederik had made dinner arrangements.

Frederik gave his insight “What does one say about it? I liked it and all went well. Looking forward to the next one” but did comment at the finish that it was tough. I think that was because he took 12 hours and 8 minutes.

Ruth Brown starts her ride report “The Yeronga Medley was the prime choice for my first 300km ride. Leading up to the day, the hot weather was not on my side….” Read more here.

How does a ride organiser contend with a ride that has 125 riders registered for it? I will find out and get back to you all on that one.

The Tour de Tassie is currently on with riders getting to the end of the 400km ride. Next is the 600km that has enough hills to make Andrew Bragg happy. Good luck for the rest of the ride.

Keith has done a wonderful job giving us insights into various problems and solutions for our trusty steeds. I will continue to find interesting information and experiments to amuse and educate.

On one of my morning commutes I had a funny bump coming from the rear wheel. This is one sight that we don’t want to see in the middle of an audax:

Needless to say, it and it’s front wheel counterpart have been replaced with new rubber.